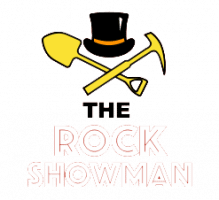 Welcome to What’s Beneath Our Feet, the rock-umentary mini series which explores the Great Northern Coalfield of North East England.

The Rock Showman and his trusty Rock Hounds tell all about coal, fossils, dinosaurs & minerals that can be discovered beneath your feet. Using nature as an outdoor classroom, these films were designed to tell the story of North East England’s Earth heritage and were commissioned by ‘The Common Room of The Great North’ to compliment the English upper KS2 curriculum. Combining science fact with a rich visual world of storytelling and characters, the series explores The Circus of Life!

In this episode, The Rock Showman and his Rock Hounds head to the North Tyneside coastline near Whitley Bay in search of coal…because where there’s coal, there are fossils!

Using his scientific knowledge and geology tools, The Rock Showman explains how you can find fossils and identify different specimens.

Episode 2:
Down in the Dirt

Join The Rock Showman as he travels back in time using archaeology and geology to uncover some of there recent Earth-history of North-East England.

In this episode, The Rock Showman explores whether his backyard has any Roman remains, visits nearby Hadrian’s Wall and takes a trip back towards the last ice age by visiting the fossilised forest of Low Hauxley in Northumberland.

Episode 3:
The Greatest Trick Ever Learned

What was the Greatest Trick ever learned in the entire Circus of Life? The Rock Showman reveals all with the help of some great circus artists!
Join him and his Rockhounds on an adventure through Northumberland’s Coal mines of past and present. This episode explores the importance of coal to the region and what its continued use means for the rest of the world.

How are fossils made? How do we know where to look for them? Can we really find dinosaur fossils in England?

Join The Rock Showman as he explores Yorkshire’s Jurassic Coast to answer these questions and more. The Rockhounds can’t wait to find a dinosaur fossil…but The Rock Showman has never found one before, could this be his lucky day? 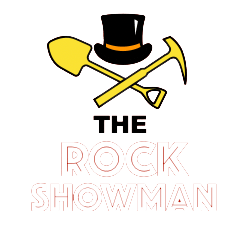 You can also find me on my Social Media

Proud to be supported by The Geologists’ Association & Arts Council England

Give me a call…